Where to begin, well we entered 16 teams all in, 9 Scouts and 7 Explorers. Unfortunately only 15 were able to walk in. The Buxted A team, a young team in themselves and not to be confused with the Buxted Ninjas who are 1 year more experienced (But not much bigger physically!), had an unfortunate accident while cooking dinner Saturday night and Katie had to be treated for burns to her shins. This, unfortunately meant that the whole team had to be withdrawn. They were looking very strong when we saw them Saturday on the checkpoint and I have absolutely no doubt that they would have made it back to the finish. A shame and a disappointment for them and I wish Katie as speedy recovery. 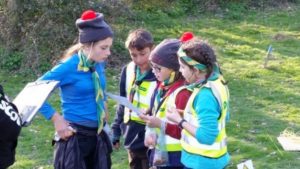 The interesting feature of this year’s teams is that they are mostly young teams. Excluding Phoenix, elements of Alpha A and the Ninjas the other 5 teams were first timers with either young or very young Scouts so to walk in at all was an achievement. To manage the following is an amazing achievement and one that they should all be proud of (You can also see how well Buxted’s A team was getting on, the points are just for the end of day 1: 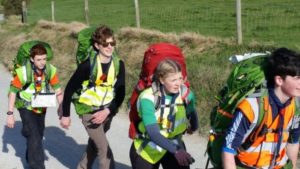 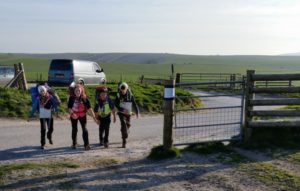 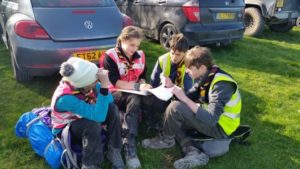 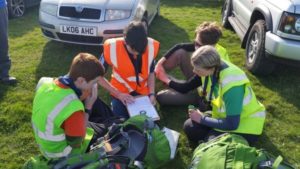 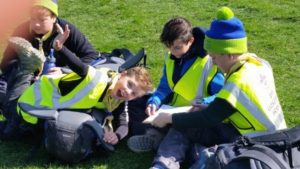 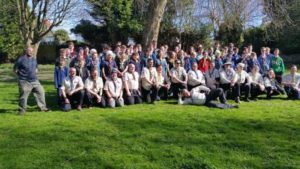 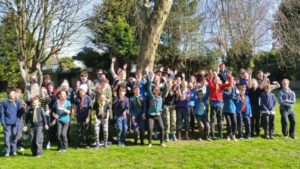 An excellent set of results for all teams and totally reflective of their experience. Watch out for the coming years, we have strength coming through! The future looks very bright.

For the explorer competition things are equally impressive. We entered a record breaking number of teams, which is an amazing achievement in it’s self, and all seven started and they all finished! As with the Scouts there were teams at both ends of the experience spectrum. Ranging from the Tullis A team with 19 years experience between them through to the down to the younger teams, one of whom had less than 4 years.

Their results were equally impressive: 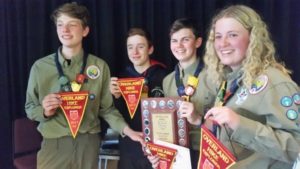 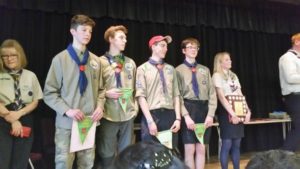 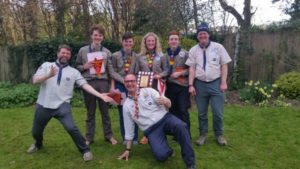 Yes, you read it right, we took 3rd and 1st places! An absolutely amazing result. I would also like to add that this is really impressive in it’s own right but when you add in the fact that the 272 A team was led by Callum Jones, a first time ‘Overlander’, 3rd place is an amazing achievement. For both of the top teams, this is many of their member’s last year as they will be too old by the time the next one comes round. I know that huge numbers of young people, from the oldest to the youngest, not just this year but in past years, have been inspired by these people and will carry on where they left off, not just at the top of the game but by continuing to offer great support and encouragement to the younger Scouts. There is so much that goes on ‘on the hill’ that we adults do not see and 99% of the time it has some Explorers sorting it out. That might be something as simple as tying a shoe lace because a young Scout can’t bend over with his rucsac on through to carrying a team’s rucsacs to make sure they make it to the finish/ campsite/ checkpoint to beat a time limit. As we don’t see it, we can’t thank them for it – they actually don’t want thanks anyway, they would rather have doughnuts or beer (Was Homer Simpson an Explorer?) but my thanks go to them none the less (We did doughnuts on a checkpoint a few weeks ago, I think beer would be frowned upon!). What I am delighted to advise is that this great spirit is not just seen in the minority but is contagious and has been spreading generation after generation.

Thanks, of cause, to Mark Thompson and his catering team for running the tuck shop and for feeding and watering our 15 – 25 strong checkpoint leader team. The checkpoints this year, on both days, went so smoothly. At our peak on Saturday we were running 12 simultaneous incidents without any stress or excitement. It all just happened. Even Sunday we had moments where we reached 8 or so without batting an eye lid. This has not been unnoticed by the organisers. Well done everyone!

Finally, I must thank all the leaders who have turned out in all weathers since the beginning of January to help, encourage, teach and persuade a group of around 50 young people. You are all awesome. The achievements of all these young people is directly proportionate to the amount you have put into them. I hope you have all had a good time. It has been my aim to try to make it as much fun as possible for you (As much fun as you can have while standing at 200m above sea level in a force 6 gale and a -6 degree wind chill!). 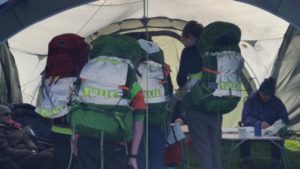 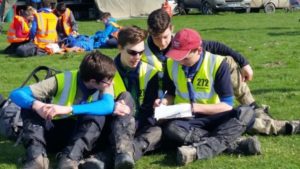 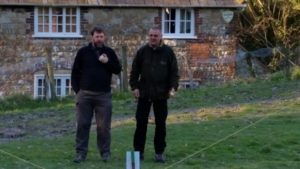 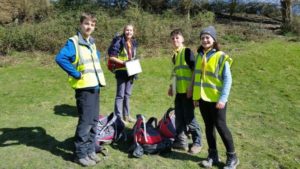 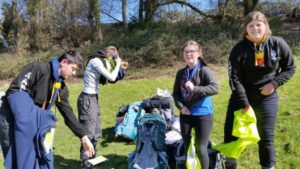 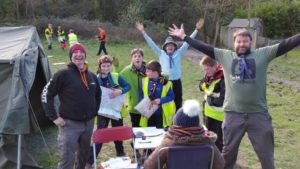